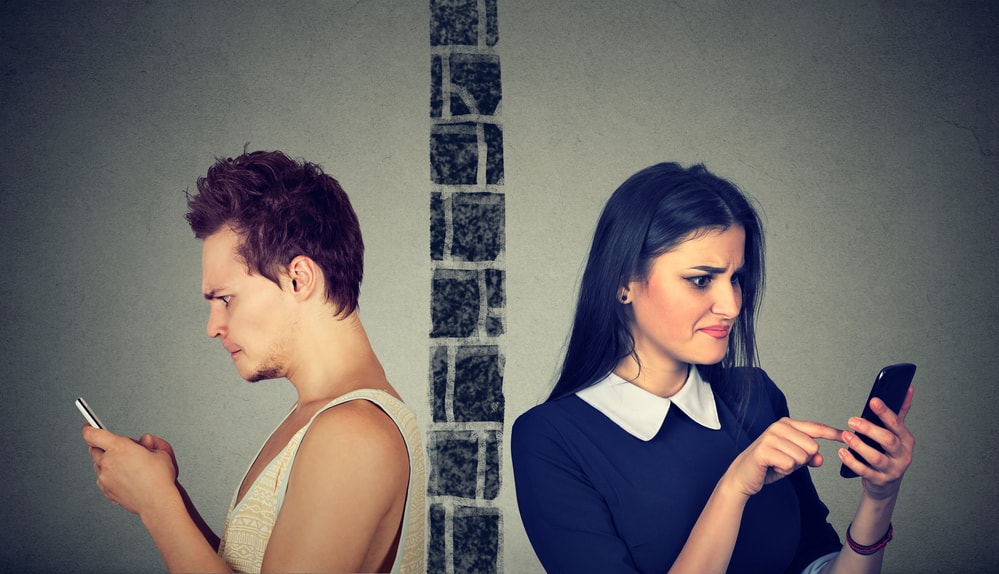 Pitfalls of Social Media in Divorce and Family Law

A significant amount of divorce and family law cases involve the use of social media evidence to prove allegations and win in court. There is an irony in the design of social media platforms. It helps us meet and attract people and keep in touch with friends. The counterbalance involves people becoming angry, jealous, upset which can lead to losing relationships and being isolated from others. The ability to cyber stalk one another opens the door to misunderstandings, assumptions and real evidence of good or bad conduct. When social media evidence is introduced in divorce and family law cases, the credibility of the people involved can be inferred from social media activity.

Social media activity may lead to divorce. “A recent study has found a correlation between relationship health and Facebook use that may cause more people to want to switch off the computer and smartphone in favor of spending more time paying attention to their spouses.1” Being addicted to social media and our devices can lead to consequences. Jealous spouses or family members might start investigating one another and could create unnecessary problems or make a discovery that changes the nature of a relationship.

Do you know or remember what content is out there, and what stories could be told about you?

Being proactive is important. It is always a good practice to review your social media sites every now and then, to scrub for any posts or content that might be taken the wrong way or lead to unfortunate innuendo. Memes and quotes from others can be inferred to mean just about anything when another person is looking for a fight. Remember, however, when scrubbing or eliminating content on your social media, there may be a permanent record of it somewhere. We have no idea who may screenshot and save our pictures and posts, especially if one person anticipates a divorce or family law action in the near future.

Social media is used in evidence introduced to prove allegations in divorce cases.

A petition for divorce could be based on no-fault allegations but it could also be based on the fault allegations of adultery, cruelty or abandonment, for example. There is a financial incentive to allege fault because the wronged party may be entitled to more money in the division of the marital property and assets. Social media posts are used with increased frequency to prove the allegations in the petition. In allegations of adultery and dissipation of marital assets on a paramour, the pictures on Facebook or check-ins at an out of the way happy hour stop can and are often accepted as evidence of an affair. A judge or jury reviewing social media evidence is going to have impressions of the credibility of the parties involved in divorce. Being ready to defend your social media use is imperative to success in a contested divorce case. Being transparent and honest is always recommended. Lying to a judge or your lawyer is a bad idea because the truth most often comes out and your credibility is at stake.

The best interests of children in contested custody can involve social media evidence.

In contested child custody cases, social media can be useful for the judge or jury considering the best interests of children and how children in particular cases appear, in joy or sorrow. The customs and standards of living and lifestyle in a family can also be proven through a history of consistent social media content. While social media can be helpful, it can also be threatening in custody cases. When one parent alleges the other engages in wrong behavior, social media posts may be collected and used to tell a persuasive story about the other parent or their family or friends who may also have an influence on children. Imagine a custody hearing or trial where several witnesses testify about what was really happening in the pictures at little Billy’s birthday party; things can get rather heated.

Adopting best social media practice is always good for credibility, even if you are not in litigation.

Many social media experts and personal coaches agree that the people engaged in social media presume a level of truth in what people see and post online. Because so many people have smartphones and technology to capture everything around them, it is a best practice to assume that every time you leave the house, everyone around you could be recording audio, video or capturing pictures that may need to be explained later. When it comes to divorce and family law matters, the use of social media in litigation is here to stay and will likely continue to increase. As the rules and laws adapt to address social media and the use of our technology and devices, divorce and family law attorneys will need to counsel clients on their use and history on social media. Every day is a good day to practice good social media etiquette, and not have to worry as you may meet someone special and start a family or terminate your relationships with others.