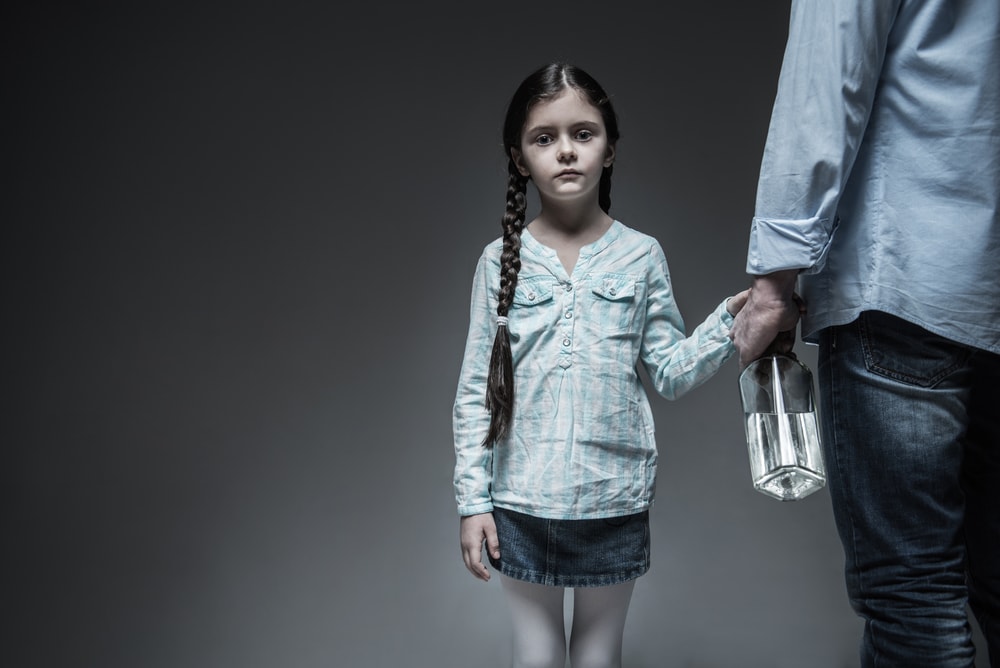 Are you concerned about your spouse's alcohol intake while they are with the children? Although everyone works hard at being a good parent, sometimes alcohol gets in the way. Read about Problems & Effects of Alcoholism on Families & Marriages. When a parent struggles with alcohol use which is sometimes abuse, court-ordered alcohol testing is appropriate and in the best interests of the children. Device and chemical technologies make alcohol testing easier, quicker and more reliable. Parents are also more accountable when instantly automated testing devices like Soberlink are ordered by the Court.

The Court can order you to buy and use the Soberlink remote breathalyzer with facial recognition technology and reporting software. The device works using mobile device technologies to tell the user when to test, verifies their identity with facial recognition software and immediately reports the results of their portable breath test. The Soberlink device tests and reports the user’s BAC. Another option that can test for alcohol for a longer period is called EtG testing.

The court can order EtG testing at Forensic DNA. The “80-hour test” as it is called, alcohol testing for EtG can show any amount of consumed ethyl alcohol for 80 hours or up to five days for chronic drinkers. Forensic DNA Drug & Testing Services in Fort Worth is located at 511 East Weatherford Street, a three-minute walk from the Tarrant County Family Law Center. The EtG tests detect recent alcohol usage more accurately and for a longer period than previous testing technology. EtG alcohol urine tests are ideal for zero-tolerance court-ordered alcohol testing.

Attorney Leslie Barrows is a top-rated family law attorney and she will ask the Court to order alcohol testing with Soberlink and EtG as appropriate. Call the Barrows Firm at (817) 481-1583.

Soberlink is cost-effective. When ordered to participate in the Soberlink program for parenting time only, there is a Level 1 plan beginning at $99 per month for the Basic subscription. There are also monthly Plus and Premium subscriptions for $149 and $199 respectively, offering more features. Premium features include text and email results in real time, unlimited reports on all testing activity for date ranges and more. The Bluetooth (iPhone) and cellular Soberlink devices are sold separately from the monthly subscriptions for $299 and $399.

Watch this Video to See How Soberlink Works

New research in alcohol testing paved the way for EtG testing, answering the question of how to capture evidence of alcohol use while alcohol is otherwise rapidly eliminated through the body. Consider the Court ordered the other not to drink any alcohol during periods of possession and access of the children, and you have reason to suspect they were consuming alcohol early during the weekend, against the Court’s order. Unlike earlier alcohol testing methods, EtG can now detect the presence of consumed alcohol for three to five days depending on consumption habits.

EtG, (Ethyl Glucuronide) is a metabolite of alcohol. EtG is detectable in urine and it is unique in that it does not cause false positive test results. EtG alcohol testing can be performed using hair and nails as well, with a detection window of three months for head or body hair and finger or toenails. EtG is frequently used in court-ordered alcohol testing.

Soberlink uses integrated facial recognition software so to authenticate the device user before and while they use the BAC testing device. The software is adaptable to minor changes in the user’s appearance but, the facial points it measures do not change. There are internal tamper sensors and technology that flags the system if detecting a non-human breath.

When a Soberlink user’s phone reminds them to take the test, it is easy and quick to look at the device and go ahead and test, then review. The results are transmitted in real-time to the contacts established in the device. Soberlink’s cloud-based recovery management software automates the alcohol testing process from start to finish and it can be customized to fit a variety of needs.

Questions About Soberlink Remote Breathalyzer or EtG Testing or Court-Ordered Alcohol Testing? Call the Barrows Firm in Southlake, Texas at (817) 481-1583.

The Barrows Firm serves people and families in and around Southlake, Texas and all over Tarrant County and Denton County. Principal and founder, Leslie Barrows, takes responsible parenting seriously, helping parents concerned about the other’s drinking. The Soberlink device and EtG testing make court-ordered alcohol testing efficient and accountable.

Court-ordered alcohol testing can be easy and tailored to fit the needs of every family concerned with the alcohol use and abuse of the spouse or another parent. Alcohol use can easily become abuse, especially when people are going through emotionally challenging times. Court-ordered alcohol testing does not need to be viewed as a punishment or penalty, rather it can be a useful tool in helping keep someone honest when they know they cannot cheat the system.